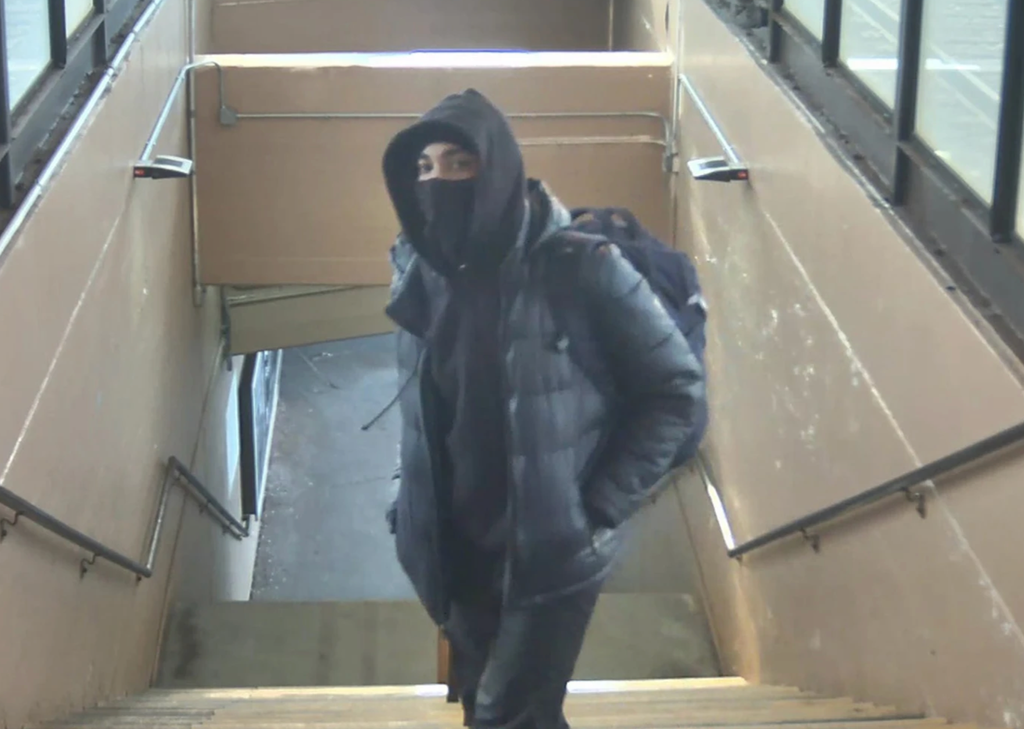 The mom of an 18-year-old college scholar who allegedly robbed a Chicago practice conductor at gun level drove him to a police station handy him in after recognising his face from surveillance footage.

Loyola College sophomore Zion Brown is accused of pulling a gun on a Metra Electrical practice employee and forcing him handy over $110 in money simply after 2pm on 15 February.

In accordance with police, Mr Brown pulled a balaclava over his head and pointed the gun on the practice conductor’s abdomen because it pulled into Van Buren Road station.

Police launched two photographs of the suspect, one exhibiting him brandishing a weapon on the station platform because the conductor raises his arms within the background.

CBS 2 reported Mr Brown’s mom recognized her son after seeing protection of the theft within the media, and drove him to the Calumet Metropolis police precinct the place he handed himself in.

Mr Brown’s lawyer mentioned his consumer admitted the costs, and he dedicated the theft as a result of he was hungry and wished one thing to eat.

In accordance with CWB Chicago, Mr Brown advised police in an interview the weapon used within the theft was a BB gun which he threw in a dumpster afterwards. He attended a category at Loyola afterwards.

Mr Brown was denied bail when he appeared in courtroom final Thursday.